A severe vulnerability is discovered in one of the core components of Windows. Microsoft has since released an urgent out-of-band patch to all affected machines.

“Microsoft is aware of a remote code execution vulnerability in the way that the Microsoft Server Message Block 3.1.1 (SMBv3) protocol handles certain requests. An attacker who successfully exploited the vulnerability could gain the ability to execute code on the target SMB Server or SMB Client.” reads the advisory published by Microsoft.

This is a not a good week for network equipment manufacturers.

First, it was discovered that over 25000 Linksys Smart Wifi routers are vulnerable for sensitive information disclosure flaws.

Using data provided by BinaryEdge, our scans have found 25,617 Linksys Smart Wi-Fi routers are currently leaking sensitive information to the public internet, including:

In some cases additional metadata is logged such as device type, manufacturer, model number, and description – as seen in the example below.

The picture is worst for even Cisco, which embedded a default SSH keypair in all of its 9000 series devices. Basically this means that anyone (who knows the IPv6 address and keypair) can SSH into a vulnerable device and take over it completely. It is so serious that some have described it as a backdoor.

The state of Cat 6 cables sold in the market is appallingly bad. 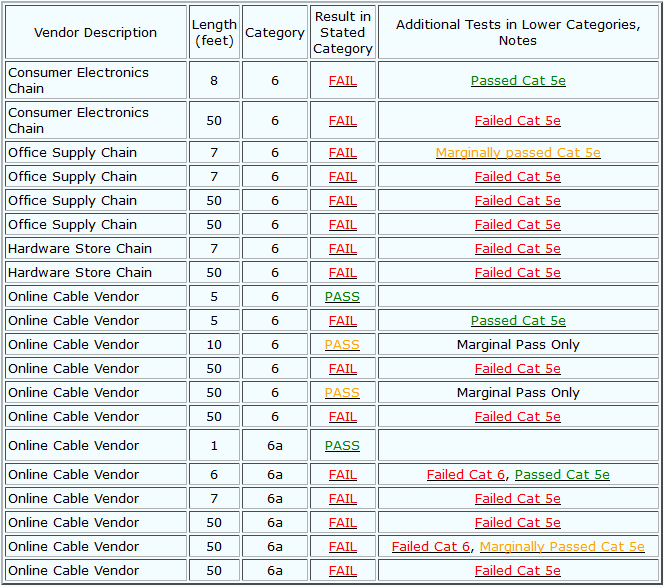 Plainly enough, most of these cables aren’t designed to meet Cat 6 or 6a specifications, and they’re certainly not tested for compliance before leaving the plant.

Source: Is Your Cat 6 Cable a Dog? — Blue Jeans Cable